Home United States What are the best places to see in Chicago?

What are the best places to see in Chicago?

Many tourists going to Chicago for the first time do not have any idea what you can actually do in the third largest city of the United States. Chicago has a very interesting history and is highly important for the country’s economy so you can be sure that there are exciting things going on in town. Especially when there are lots of things to do in a city, it is even harder to find out what the best tips actually are. If you have time before your trip, make a list of things you definitely want to see so you can prioritize and do not waste your time. To make this a little bit easier for you, check out this guide to all the best places to see in Chicago!

How to find out where to start?

The big question is, what’s interesting for you? It often feels bad to read about great things that you could have done after you got back home. Everyone has different preferences but we hope you can find some inspiration for the best places to visit in Chicago with the following recommendations! 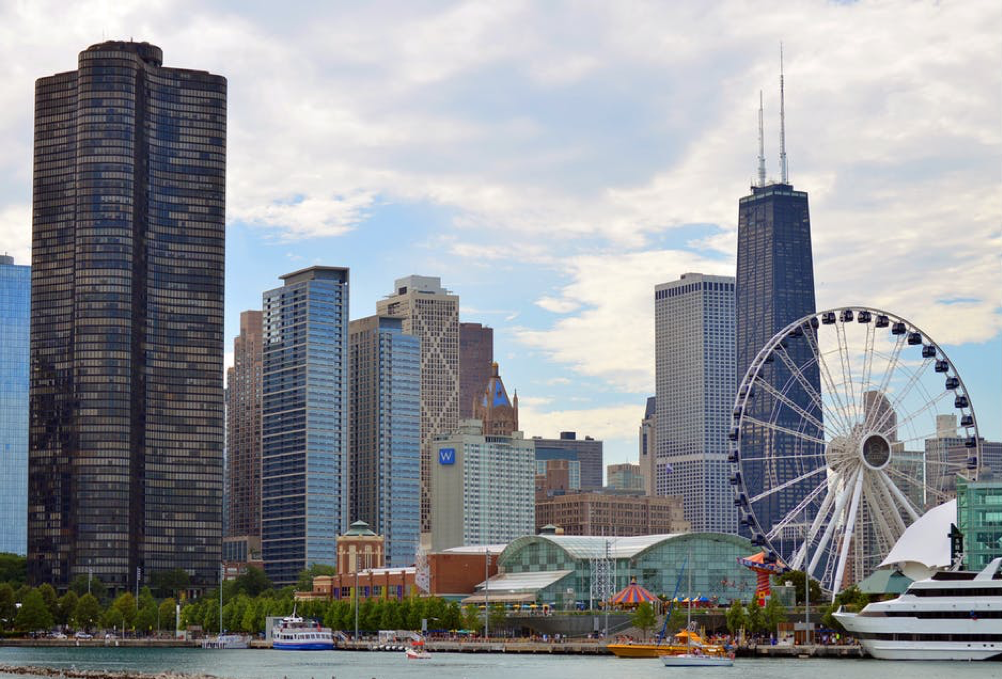 The Navy Pier is a very popular attraction in Chicago and one of the best places to visit in Chicago. The pier goes 1km into Lake Michigan and when you walk over it, you hardly notice that you are on a bridge at all. There’s also a children’s museum, a Ferris wheel, playgrounds and various buildings with restaurants and functional rooms as well as a big cinema. In the past, the Pier was used as a cargo terminal for large ships. 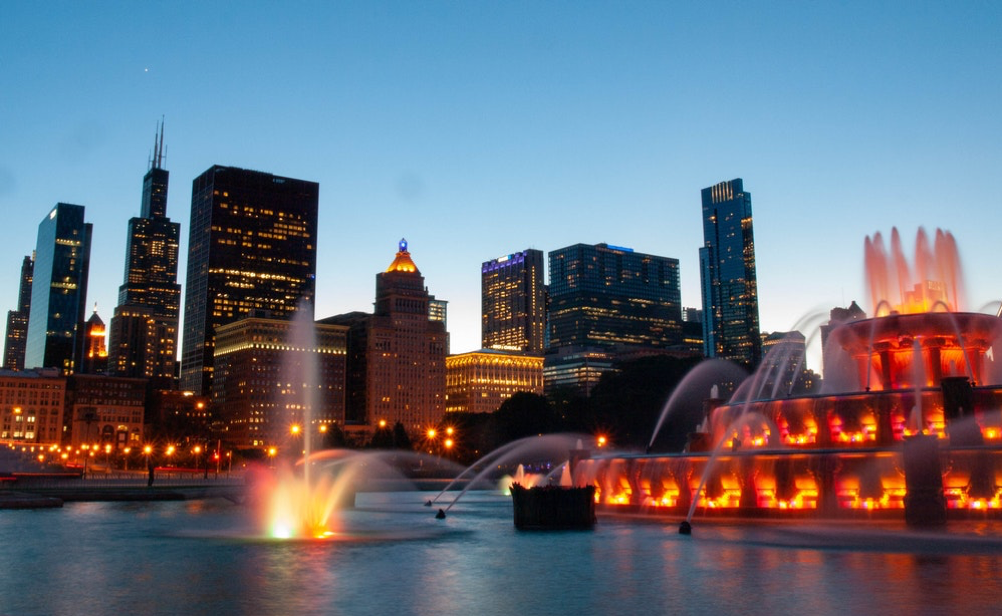 Buckingham Fountain is located in the middle of Grant Park. It is the largest fountain in Chicago and one of the largest in the world. Opened in 1927, many inhabitants of the city appreciate this gem such as wedding couples using it as a photo spot after their marriage, but it is also a popular tourist attraction. As you won’t be able to see something like this in most other cities, this is definitely one of the best places to see in Chicago.

The John Hancock Center is the second largest building in Chicago and rises 344 meters above sea level. In addition to offices and living quarters, it also features restaurants, a viewing platform and the world’s highest skating rink with a view over Chicago and its sights since 2013.

The 360 CHICAGO, formerly John Hancock Observatory, is a 94th-floor viewing platform with impressive views in all directions. If you’re not afraid of heights, you can also try the Tilt attraction: At a height of 300 m you lean against a glass facade that slowly leans forward with you – nothing for the fainthearted! 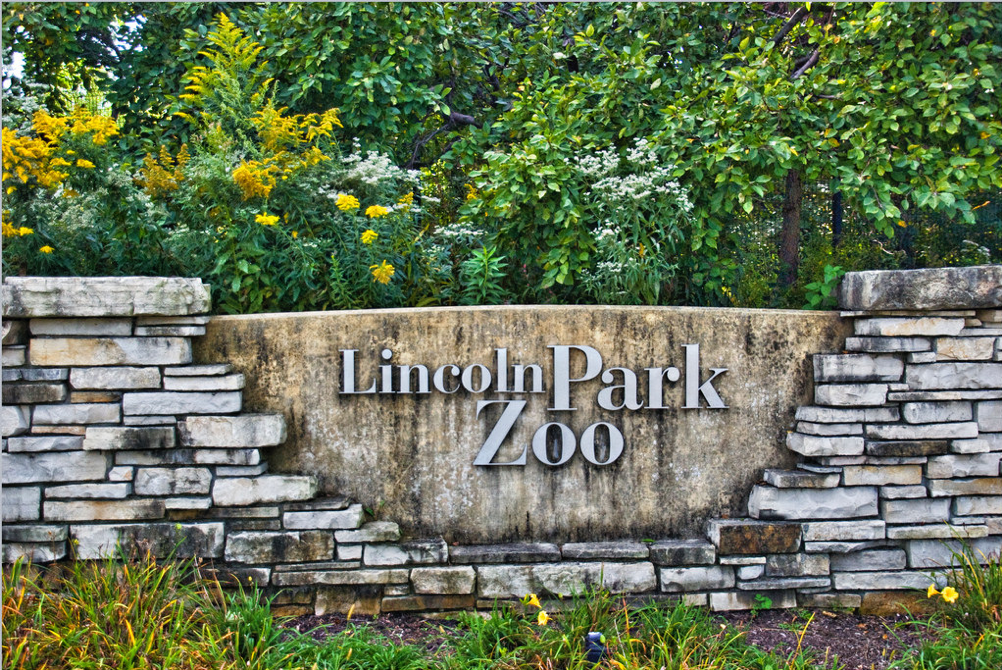 Lincoln Park Zoo is located just outside Chicago, but, similar to Central Park in New York, you can see skyscrapers towering up into the sky in the background. The zoo offers fun for the whole family and is a perfect balance to the sometimes rather stressful sightseeing tours in the middle of the world metropolis. The little ones will certainly feel at home in the “Farm-in-the-Zoo”. In the petting zoo they can make direct contact with the animals. The zoo also has lions, tigers, gorillas and a large number of endangered species. The “Place Cafe” or the “Gorilla Grill” are suitable for short breaks, where you can recover a bit for the rest of the day. 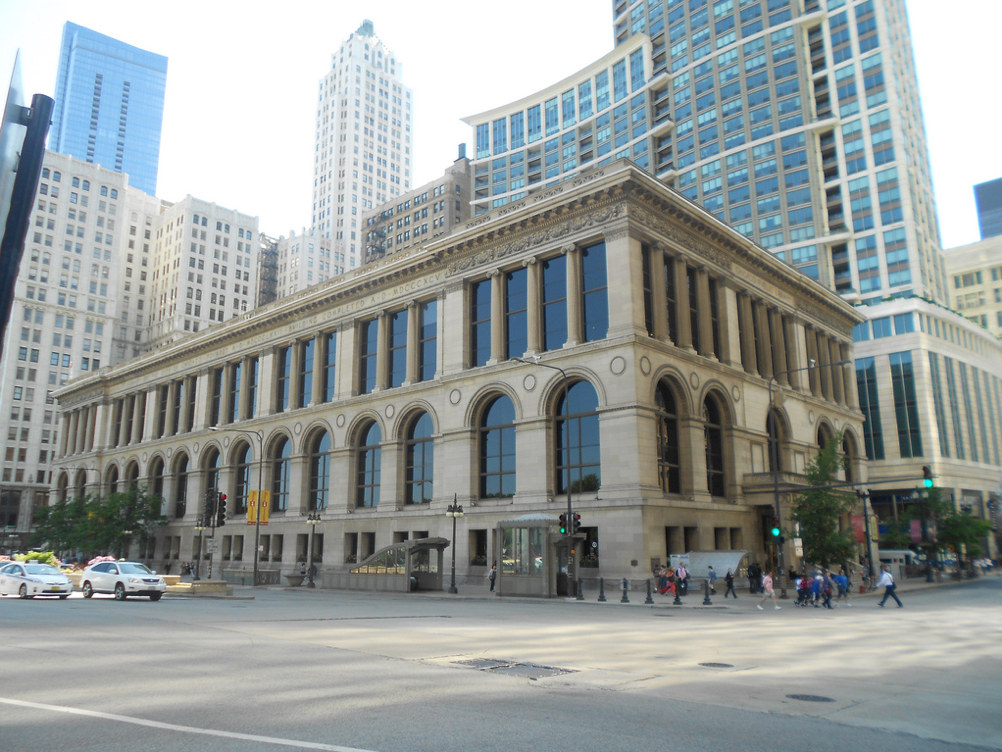 The Chicago Cultural Center is located directly at Millennium Park. The building was built in 1893 and was originally used as a library. Since the 1970s, it has primarily hosted cultural events and exhibitions. In addition, state visits are received here and the mayor is appointed to the office. The building is not only very pretty from the outside, but also an absolute highlight from the inside with a beautiful glass dome and marble staircase. 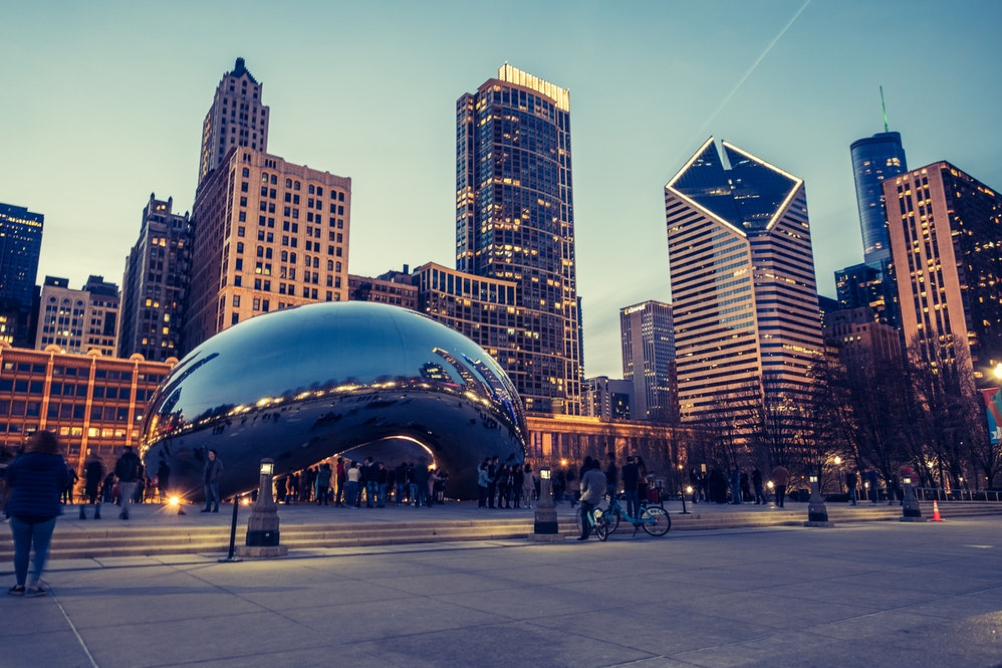 Millennium Park was opened in 2004 and has been a very popular tourist attraction in Chicago ever since. However, you can escape the daily hustle here as well. On almost 100,000 m² you will find venues like the Jay-Pritzker-Pavillon, green spaces and various highlights like the Cloud-Gate-Sculpture or the Crown Fountain.
The Cloud Gate sculpture has the shape of a bean and is made of stainless steel plates. The exciting thing is that no seams are visible and you can look at yourself completely distorted due to the curved surface. We highly recommend to go here because it is one of the best places to see in Chicago! 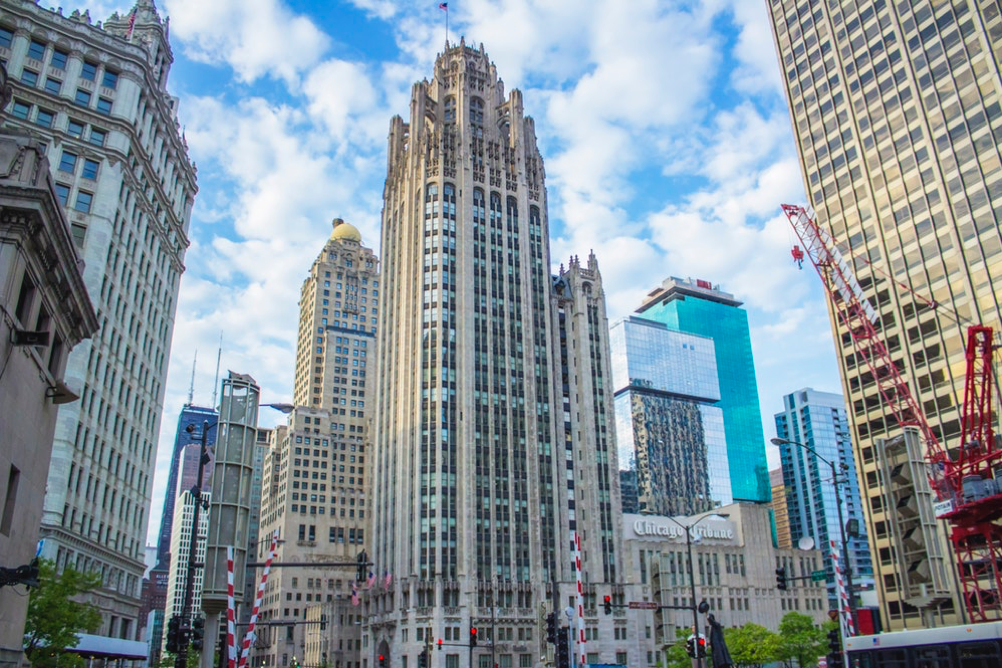 The “Tribune Tower” in Chicago was created in a very special way: In 1922, the Chicago Tribune newspaper announced a worldwide competition. Architects had the opportunity to submit a design for the new company headquarters, which was to become “the most beautiful building in the world”. The winners were Raymond Hood and Johan Mead Howell. As you will see, it was a neo-Gothic-style building design that was eventually transformed into a complex of the Woolworth Building and the Rouen Cathedral. 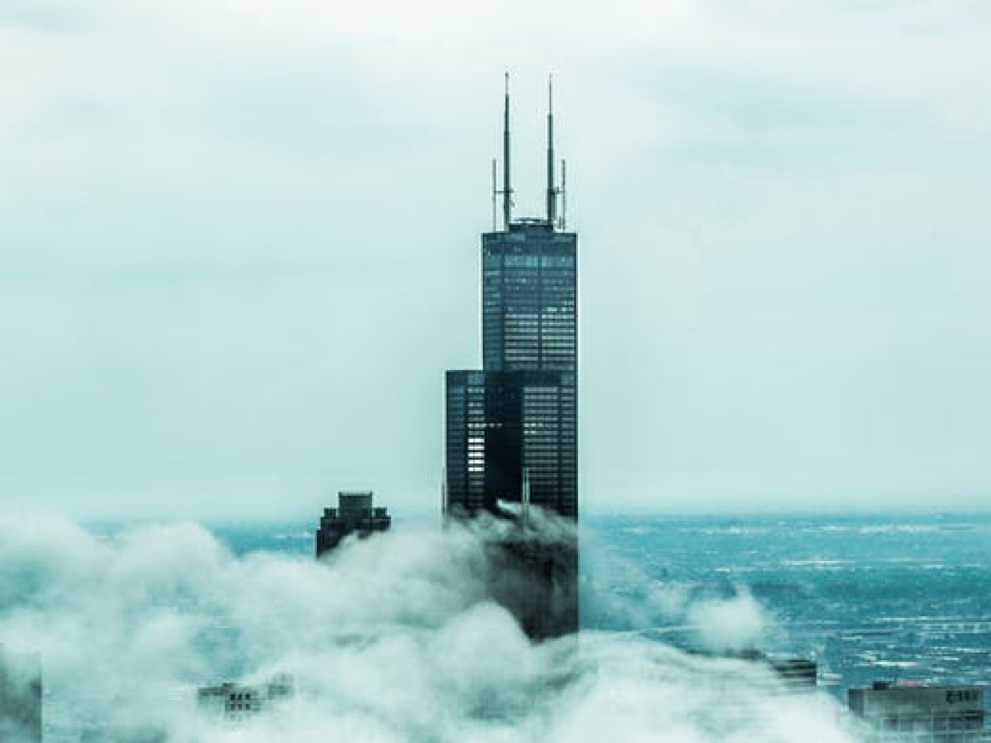 In former times this high-rise building with a roof height of 442m and a total height including antenna of 527m was once the highest building in the United States. Although it lost this title with the construction of the One World Trade Center, it is still the highest skyscraper in Chicago. The visit to the Skydeck, the viewing platform on the 103rd floor, is especially exciting and can be done with one of the fastest elevators in the world. It reaches a speed of 28.8 km/h (480 meters per minute) and therefore only takes 45 seconds to reach the skydeck. Once you are there, you will get a panoramic view of Chicago – and for the more courageous, a view into the depths of the glass floor balcony.

Is there anything else to see in Chicago?

Hopefully, these recommendations gave you inspiration for a trip to Chicago and a better idea of what you can do in town. The best places to see in Chicago are countless and this guide only captures a few of them so you should always keep an eye open and dive deep into the city’s spirit. The most straightforward way to do so is probably to get in touch with the locals, listen to their stories and feel the life – you will be impressed by the diversity and kindness!