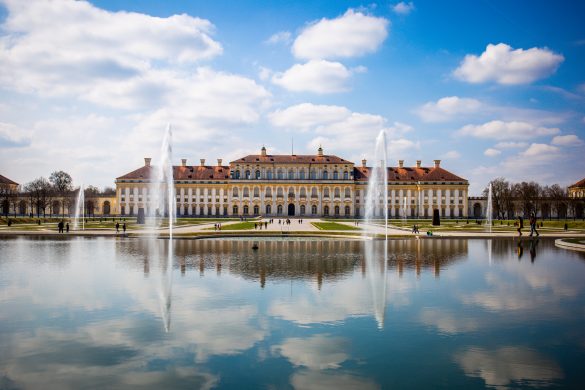 When going to Europe, most people immediately think of visiting France or the United Kingdom – but in fact, Germany is a fascinating country to see and you could easily …

33 Apps to check out before visiting Berlin

Guides & Trip Planning  There are always new things happening in cities and even if you live there, you never know everything that is going on. Take a look into these apps …

The 10 best things to do in Berlin

Have you ever thought about visiting Berlin, the capital of Germany and one of the biggest cities in Europe? We have looked into the best things to do in Berlin to make sure …

The best things to see in Germany

If you go to Europe, Germany is a very suitable location to start from with its central position and you can basically get to any other European country within two to three hours by plane. However, there are a lot of things to do in Germany itself as well due to its unique history, beautiful sights and landscapes. From the Middle Ages over the industrialization and the two World Wars to being a central force in the European economy and politics nowadays, there is plenty of interesting places to discover and you can definitely spend your vacation here. Even though Germany might not seem to be too big on the map, it actually has the second highest population in Europe with 82 million people! The most famous cities include Berlin with its very liberal character and one of the most diverse nightlife scenes in Europe, the harbor town Hamburg or Munich which is widely known for the Oktoberfest and its soccer team. If you are more of a nature person, especially the southern parts of the country feature old castles such as Neuschwanstein, huge forests, lakes and mountains that many landscape photographers have already used as their subjects – just to name a few of the best things to see in Germany.

Hopefully, you put Germany on your exploration list and if you need more detailed input on the country’s destinations, check out our top places and get started with your trip in Europe!